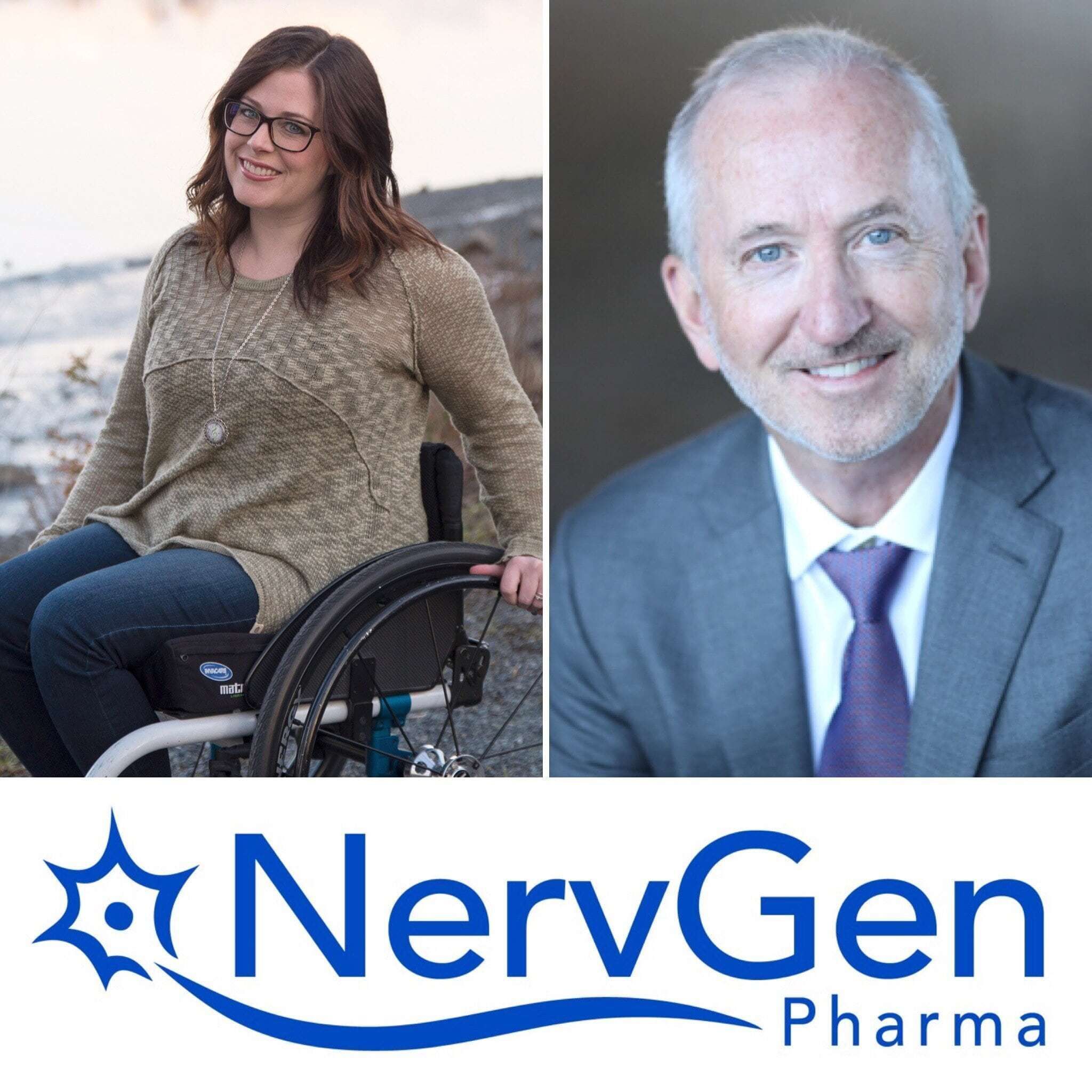 NervGen announced in a press release recently that it intends to test its spinal cord nerve regeneration drug NVG-291 in humans later this year, treating both sub-acute (less than three months post) and chronic (at least a year) spinal cord injuries. The clinical trial will be held at a single site, the Shirley Ryan AbilityLab in Chicago.

The release is of course full of investor-targeted enthusiasm (“unprecedented … groundbreaking … restoring life’s potential”); it also includes this caution: “Readers should not place undue reliance on forward-looking statements made in this news release.”

OK, we won’t. But still, this is news, it’s promising, and share worthy.

We here at U2FP have long followed the development of NVG-291 and the trajectory of NervGen. The story originated in the lab of scientist Jerry Silver at Case Western University in Cleveland. Silver is a well-respected veteran of SCI regeneration research who has built a 40+ year career trying to understand and modify the hostile effect of scarring in the injured spinal cord.

Apropos to NervGen, Silver discovered a class of molecules related to the scar called chondroitin sulfate proteoglycans (CSPGs); these are unleashed by spinal cord nerve damage. Injured nerves typically start to grow but CSPGs stop them in their tracks.

Might there be some way to clear away these inhibitors? Appraently so. Silver tapped the biochemistry to neutralize CSPGs using a peptide molecule now called NVG-291 and licensed to NervGen.

The peptide ties up CSPGs and allows the body’s natural repair process to occur, bypassing the roadblock. This results in functional growth, including plasticity, regeneration and remyelination. At least that’s the way it has been reported by NervGen to work in preclinical models.

Two animal studies published in Nature (2015) and Experimental Neurology (2018) showed that NVG-291 treatment of animals with a serious spinal cord injury resulted in what NervGen describes (forward-thinkingly) as “recovery of multiple neurological functions, including motor, sensory, autonomic and cognitive functions ….and significant recovery in mobility and/or bladder function.”

An important aspect of the planned trial is using new tools to track even the most subtle of changes in function or behavior.

One of the important aspects of this single-center, placebo-controlled trial is the use of advanced electrophysiology to assess transmission in cortical and subcortical neuronal pathways as well as behavioral outcomes. The ability of NVG-291 to demonstrate meaningful recovery in motor function, sensory function and bladder control in animal models is exceptional. If these results translate to patients, NVG-291 could redefine the treatment of spinal cord injury.

The unprecedented preclinical results utilizing NVG-291 that were published by Dr. Silver and others gave the spinal cord injury community a real reason for hope. With these patients in mind, NervGen’s team has worked diligently since its inception to advance this technology into the clinic with the goal of bringing NVG-291 to patients as quickly as possible.

Our recent interim data from the single ascending dose (SAD) portion of our Phase 1 clinical study was very encouraging, and we’re looking forward to completing this study in the first half of 2022.

Not so fast, though. NervGen has to complete some pre-trial work before proceeding with human studies. The company is now conducting a Phase 1 clinical trial in healthy volunteers and recently reported positive safety results of a single dose portion of the study. The company has received approval to proceed to a larger dose study. Following toxicology studies and completion of a Phase 1 study in healthy males and premenopausal females, NervGen intends to proceed to the Phase 1b/2 safety and efficacy studies in spinal cord injury, multiple sclerosis, and Alzheimer’s disease patients.

Where the Start-Up Started
The NervGen story began with Silver’s lab work, but a Vancouver dentist, Harold Punnett, got things moving to start the company. Punnett’s daughter-in-law was spinal cord injured in 2016. Here’s his take on the trial news:

I searched the world for a technology that I believed would truly help people with SCI. I wasn’t interested in some peripheral approach that might have a slight effect. I was looking for something so fundamental to nerve injury that it had a legitimate chance of real success, but my early reading of the literature was not fruitful.

I was the lead skeptic as I read paper after paper until I found the work of Dr. Jerry Silver. And slowly and surely, as the preclinical data continued to show incredible results, I allowed myself to believe. And now in 2022 with over a dozen independent publications showing success using our peptide in over 6 different disease indications.

And excitingly we believe we can help even the chronically injured. In fact, we have tantalizing evidence that we may have a greater effect on chronically injured SCI patients than acute, but time will tell. I feel confident in stating that there is real hope at hand.