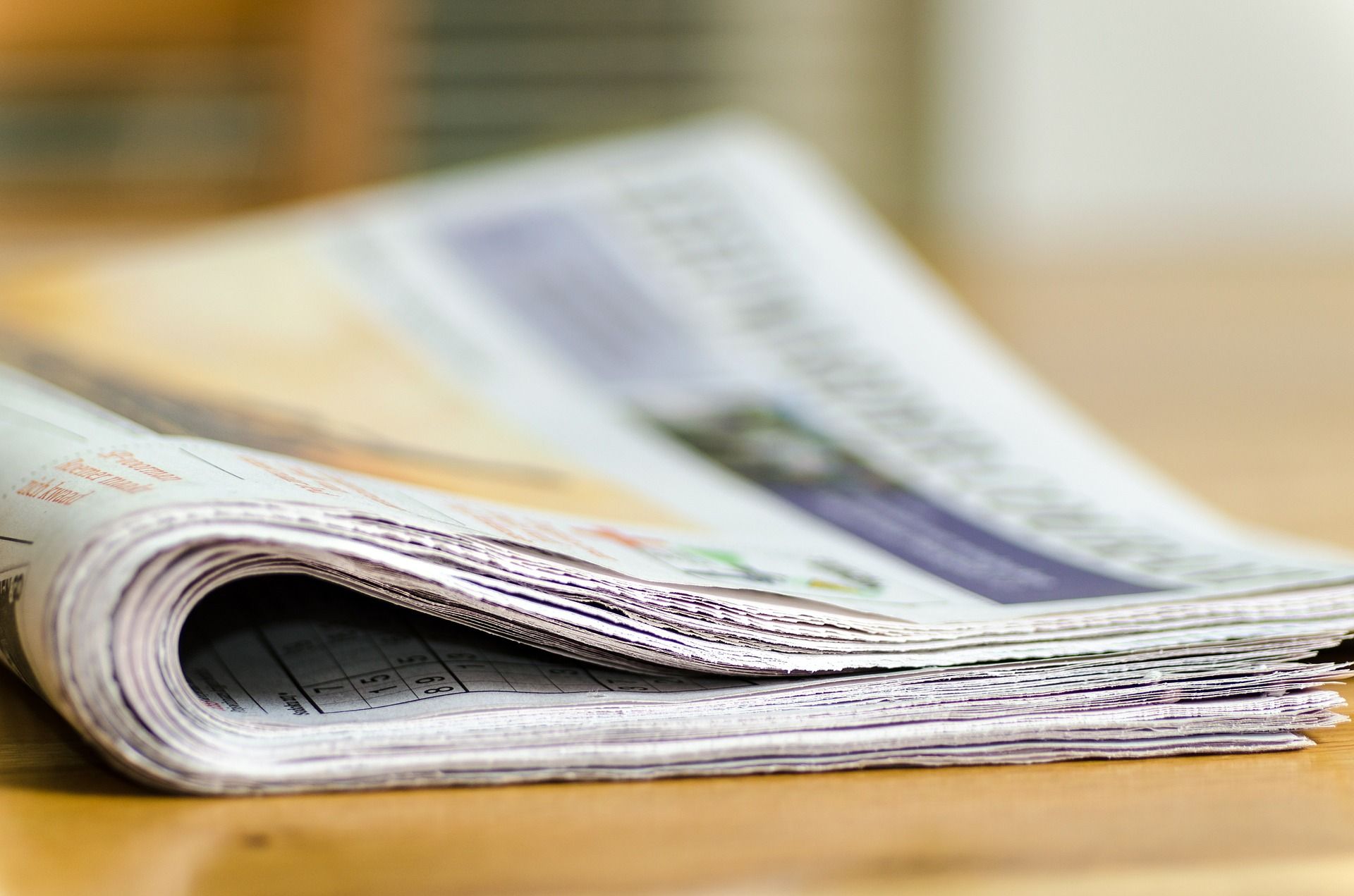 Stem Cell Therapy, Man Walks.
This one you could not have missed, it got major national news coverage. A lot of stem cell stories come along; this one, though, is tagged with the credibility of the Mayo Clinic brand. Stem cells from his own body help paralyzed man walk. That’s the gist of most headlines, except for those that added the word “miraculous.”

Chris Barr, 53, broke his neck in 2017 surfing in Northern California. He was initially diagnosed AIS A: complete motor and sensory paralysis below his injury. After a decompression surgery there was very robust recovery – he had converted to AIS C – but at six months Barr was thinking that was the extent of his recovery. Barr got wind of a small Phase I experimental trial at Mayo that would extract and expand adipose stem cells from fat from each of 10 patient’s abdomen, inject them into their spinal fluid, with the possibility they might get some recovery. Barr didn’t hesitate, he was first in line.

Jump back to the headlines, yes he got better, and indeed, was on ABC's Good Morning America being interviewed by Christopher Reeve’s son Will. You can read what Mayo published about Barr here, and if you want to watch the TV shot, it’s here.

What do we make of this? Well first, good for Barr. He was what his surgeon Mohamad Bydon called a “superresponder.” The trial, per ClinicalTrials.gov, was designed to test the cells in AIS A and B patients. Barr, as AIS C, was clearly an outlier to start with. One wonders why was he included – was it to assure some sort of positive study result? Some patients did not respond at all. The Mayo team doesn’t know why cells work in some and not in others.

They also don’t really know what the cells are doing in the host bodies. The working hypothesis is that these adipose derived mesenchymal stem cells (AD-MSCs) offer a supportive environment for spinal cord cells, reducing inflammation, increasing blood flow and reducing formation of cysts. Maybe the stem cells encourage cells in the cord to regenerate.

From the Mayo paper:
Postulated mechanisms of action in SCI include reduction of glial scarring, promotion of axonal regeneration via secretion of growth factors, and putative differentiation into neural elements. The relative ease of tissue harvest, subsequent cell culture under standard conditions, and potency to differentiate into various cell lineages underscore the potential for AD-MSCs as a therapeutic option.

Said Bydon, “One of our objectives in this study and future studies is to better delineate who will be a responder and why patients respond differently to stem cell injections.”

Clearly the most underreported part about this stem cell study is where the money came from. Mayo is not without resources, of course, but a major part of the funding came from the state of Minnesota. Prodded by activists in the SCI community (organized as Get Up Stand Up to Cure Paralysis, and initially led by Matthew Rodreick, who is now Executive Director of U2FP) the state passed legislation in 2015 allocating $1 million for SCI and brain injury research. The next year, they added $6 million more. Minnesota’s advocacy success has become a template for what U2FP is developing in other states. Almost $12 million of grassroots money has been funded by states so far. To learn more, see U2FP's Cure Advocacy Network page, here.

New Ways to Abuse.
Gabapentin is a common drug in the paralysis world, used to treat nerve pain. Last week it was reported in the Journal of Clinical Investigation by a group at Ohio State University that the drug helped acutely injured lab animals recover significant upper limb function, and they speculated that new SCI patients might one day benefit. Cool research, we’ll keep on eye on it.

Meanwhile, the same day it was noted by the U.S. Poison Center (PRC) that gabapentin is being prescribed, and abused, at record levels. Said the report, “Increasing rates of suicide attempts and nonsuicidal intentional exposures contributed substantially to a significant rise in toxic gabapentin and baclofen exposures reported from 2013/2014–2017 as opioid prescribing rates declined.”

Why is this drug getting such a bump in abuse?

From the PRC:
Many providers have embraced gabapentin as a safer alternative to opioids for pain management. Gabapentin prescribing increased 64% from 39 million prescriptions in 2012 to 64 million by 2016 when it was the 10th most commonly prescribed medication in the United States. Significant misuse and diversion of gabapentin have been well-documented. Individuals have reported euphoria, relaxation, improved sociability, a marijuana-like “high”, and a sense of calm following gabapentin use. Gabapentin overdose may be fatal, though far less commonly than opioids.

Bladder Stim, No Snip.
This is a new trial to test an old but modified bladder stimulation system. Many are familiar with Vocare, an implantable sacral nerve stimulator for bladder and bowel that has been commercially available in Britain and other countries since 1982. It received FDA approval in 1998 for urination on demand and to aid in bowel evacuation. The device did not catch on in the U.S., due to reimbursement issues, but also because the stim to contract a bladder was usually combined with cutting of sensory nerves to reduce reflex contractions. This improves continence but cutting sacral nerves has major undesirable side effects, e.g. loss of erectile function. This study, at the Palo Alto Veterans Institute for Research and Santa Clara Valley Medical Center, promises not snip any sensory nerves.

Once InVivo, Soon in Prison.
This is a cautionary tale. Don’t believe everything you are told when people make promises about your health. Or your money. InVivo would love to distance itself from what you will read here, but this is a real company with a real trial going on now, implanting tiny plastic scaffolds into the open spinal cords of newly injured patients. They have already done about 20 of these surgeries; the company claims that a lot of the patients are better after the implant than those with comparable injuries who didn’t get one.

InVivo announced in October that five patients of a projected 20 have been enrolled into a continuation study, they call it INSPIRE 2.0 Study, an acronym you need a scorecard to figure out (InVivo Study of Probable Benefit of the Neuro-Spinal Scaffold™ for Safety and Neurologic Recovery in Subjects with Complete Thoracic AIS A Spinal Cord Injury). There are 14 sites are currently open for enrollment. We’ll keep a look out for results here, too.

The back end of the story: you can’t make this stuff up. Frank Reynolds, who started InVivo, was at one time a very well known guy in the spinal cord world. He presented his big idea to Working 2 Walk (W2W) in 2008, 2010, 2011 and InVivo was a key sponsor of the 2012 meeting in Boston. Big Frank talked fast and exuded swagger. A 2010 glowing hook-line-and-sinker profile in Inc. Magazine described him as a “baby faced Irish gangster,” and that’s about right.

Anyway, Frank used to tell the story that he was spinal cord injured in a nasty 1992 car accident, was laid up in bed for five years, and after watching the movie Lorenzo’s Oil (nonscientist parents find cure balm for their child) basically took it upon himself to read up on all the literature. And then he cured himself. At the 2010 W2W in Phoenix (see his presentation here) that story changed a bit, he said he was injured in a surgical accident but spent five years in bed, in a body cast. (Frank once said his car got slammed as he was on his way to work as a psychotherapist; the actual story is that he was a snack cake truck driver who hurt his back on the job, and wound up suing a surgeon who treated him.)

To the credit of the SCI community (I am grateful the Care/Cure message boards are archived), there was always plenty of skepticism about this guy, or anybody else, curing themselves. All the more so in this case when they discovered in 2011 that Frank was getting paid $775,000 year. But here on stage, his pitch was fairly sincere, and for this audience, hungry for good news, compelling: spinal cord injury is a structural problem and he had a polymer implant that would help the injured cord heal. He showed paralyzed monkeys before, dragging legs, to after, running around with abandon.

And yes, these were treated as acute SCI, but trust me, said Frank, we see our device helping chronic injuries, too. (Even today InVivo mentions its intent to pursue a chronic application of the scaffold implant; it is hard for me to see how this would work without reinjuring the cord.)

Seven or eight years ago, InVivo was cooking along, so it seemed. While the stock price today is just 15 cents a share, in mid-2013 it was selling north of $500 a share. Ouch.

I’ll spare you the weedy detail, but in August of 2013 Frank suddenly quit InVivo, claiming an undisclosed medical issue. A week later he started PixarBio, a company that was going to revolutionize pain management with an opioid replacement called NeuroRelease. It was going to end “thousands of years of morphine and opiate addiction.”

Turns out Frank was about to be fired when he left the company. InVivo sued Reynolds in November 2013, alleging that between March 2011 and August 2013 he “inappropriately charged” more than $500,000 of “personal, exorbitant, and unreasonable expenses to the company.” We’re talking limos, stripclubs and showgirls, the Boston Globe reported.

That case dragged along, while Frank continued to liquidate his stock in InVivo, driving the price downward. Then in January 2017, PixarBio said it was mounting a takeover bid for InVivo, a deal InVivo knew nothing about. The PixarBio press release was titled “It’s Time to Make US Pharma GREAT Again, By Combining Two Frank Reynolds’ Founded Pharmas, PixarBio Corp and InVivo Therapeutics.” This Trumpian weirdness sent the SEC into full alert; the feds shut down trading in PixarBio soon thereafter.

This past April, federal agents arrested Reynolds and two associates, charging them with defrauding more than 200 investors of $12.7 million in PixarBio stock. They fell for his pitch about NeuroRelease (in fact an injectable form of the commonly prescribed anticonvulsant Tegretol).

A little over a month ago, after a three week trial, Frank Reynolds was convicted of securities fraud. He will be sentenced in February and faces 20 years in prison. This is from the U.S. Attorney’s Office in Boston (full report here):

The jury convicted Reynolds of defrauding PixarBio investors through manipulative trading of the company’s shares and false and misleading statements about the company’s finances, the timeline for FDA approval of its key drug, and Reynolds’s own background, which he claimed included curing his own paralysis. In fact, the evidence at trial showed that Reynolds was never paralyzed.