Give Me the Keto Burrito, Hold the Carbs 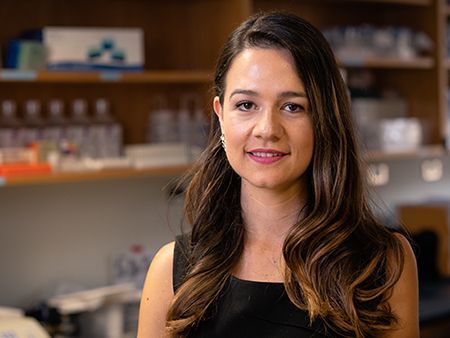 A clinical trial is currently underway to see if newly injured people with spinal cord injuries improve their recovery by modifying their diets. In earlier experiments, switching paralyzed animals to a high fat, low carbohydrate diet improved their recovery.

How about trying this in people too? Ceren Yarar-Fisher (pictured here), scientist at the University of Alabama Birmingham/Spain Rehabilitation Center, is doing just that; she is now recruiting 60 acute SCI trauma patients in a trial called “Ketogenic Diet to Improve Neuro-recovery.”

You have probably heard about the keto diet (KD), a high-fat, super low-carb diet that changes the way the body burns energy, using fat instead of glucose. While keto might be the diet du jour, it dates back over 100 years as a treatment for drug-resistant epilepsy.

Ketosis biochemistry
The biology of ketosis is fascinating: when carbohydrates are cut way back and the body can’t find glucose for energy, the liver says we’re starving, we are going to have to switch to burning fats. Energy is released from lipids in the form of ketone bodies in the blood. Dietary ketosis can occur in a day or two, sometimes longer. Once one is said to be “in ketosis,” the weight comes off and people report that their breath smells like acetone, a byproduct of  burning fat.

Fisher learned about diet modification and its role in neurorecovery from Wolfram Tetzlaff, a professor at the University of British Columbia and director of the International Collaboration on Repair Discoveries (ICORD). (Tetzlaff presented his work at the 2018 U2FP Science and Advocacy Symposium, not on diet but on recovery of myelination and locomotor function.)

Tetzlaff started things off in 2013 with a paper, “Ketogenic Diet Improves Forelimb Motor Function after Spinal Cord Injury in Rodents.” From the paper:

Three years ago, Fisher translated Tetzlaff’s animal studies to six humans. She published positive results of a small safety trial for KD, encouraging her to scale up to the current study:

…. we recently showed for the first time that, compared with a standard hospital diet (SD), five weeks of KD improved upper extremity motor function in patients with acute SCI. In addition … results suggest that a KD may induce anti-inflammatory effects in part by reducing fibrinogen, which promotes neuroprotection and improved recovery.

The Keto SCI trial
Here’s how the current trial works:

Enteral feeding (via tube) will start within 72 hours of injury; solid feeding will start as soon as the patient is able to swallow. The diet is a high-fat, low-carbohydrate mix: about 75 percent total energy as fat, 20 percent as protein, and about 5 percent as carbohydrate and fiber.

The food is prepared under strict protocols by the kitchens at Spain Rehab. Fisher says she conducted numerous education sessions with the full trauma center group to make sure the diets are strictly adhered to. For example, some drugs that acute trauma patients might be prescribed contain dextrose, which would alter the body’s push toward ketosis.

A control group will get a standard hospital diet within 72 hours of injury after completing baseline measurements. This diet includes about 35 percent total energy as fat, 27 percent as protein, and about 44 percent as carbohydrate and fiber.

The primary outcome measure for the trial is change in sensory and motor function (six-grade ASIA Motor Index Score, plus dermatome pinprick mapping) from the baseline measurement for three to five weeks, collected three times during the course of the study.

Fisher is also keeping track of secondary outcome measures, including:

Chronic Too?
So, what about people living with chronic spinal cord injury? Does a keto diet make any sense? Fisher thinks it could, but not necessarily related to motor or sensory recovery. It might be about weight loss, but mostly it’s about long-term metabolic health.

SCI comes with massive disruption of the metabolic systems in the body, due to loss of mobility, muscle atrophy, obesity, impaired glucose intolerance and a proclivity toward insulin resistance. This all adds up to an increased risk of cardiovascular disease and diabetes, and an accelerated aging process.

Says Fisher, “Compared to drug therapies, dietary modification is a more cost-effective treatment option for reducing the risk of metabolic damage. Much like the general U.S. population, individuals with SCI consume far more fat and carbohydrate than recommended levels. We hope to learn if a dietary change might prevent or correct the impaired metabolic state in persons with SCI.”

It’s a low risk, high reward idea, she says. “The ultimate outcome of this project will be an effective diet program which can be easily and economically implemented at home as a non-pharmacological means of achieving blood glucose control for people with SCI and impaired glucose tolerance or untreated type 2 diabetes.”

A big problem with a keto diet is sticking to it. Fisher said she tried it herself but couldn’t stay with the strict reduction of carbs. A possible solution is consuming exogenous ketones (you don’t make them, you ingest them). The supplement industry already markets these in a variety of unregulated ketone salt formulations. The data looks pretty thin to suggest taking supplements if you think this will allow you to sneak a few tasty carbs past your newly ketonated palate.

Are you an individual with chronic SCI who follows the keto diet? We'd love to hear about your experience. Feel free to respond here and tell us about the benefits and/or challenges you've encountered following this dietary regimen.