Documentary 'Move Me' to Screen at U2FP’s Symposium 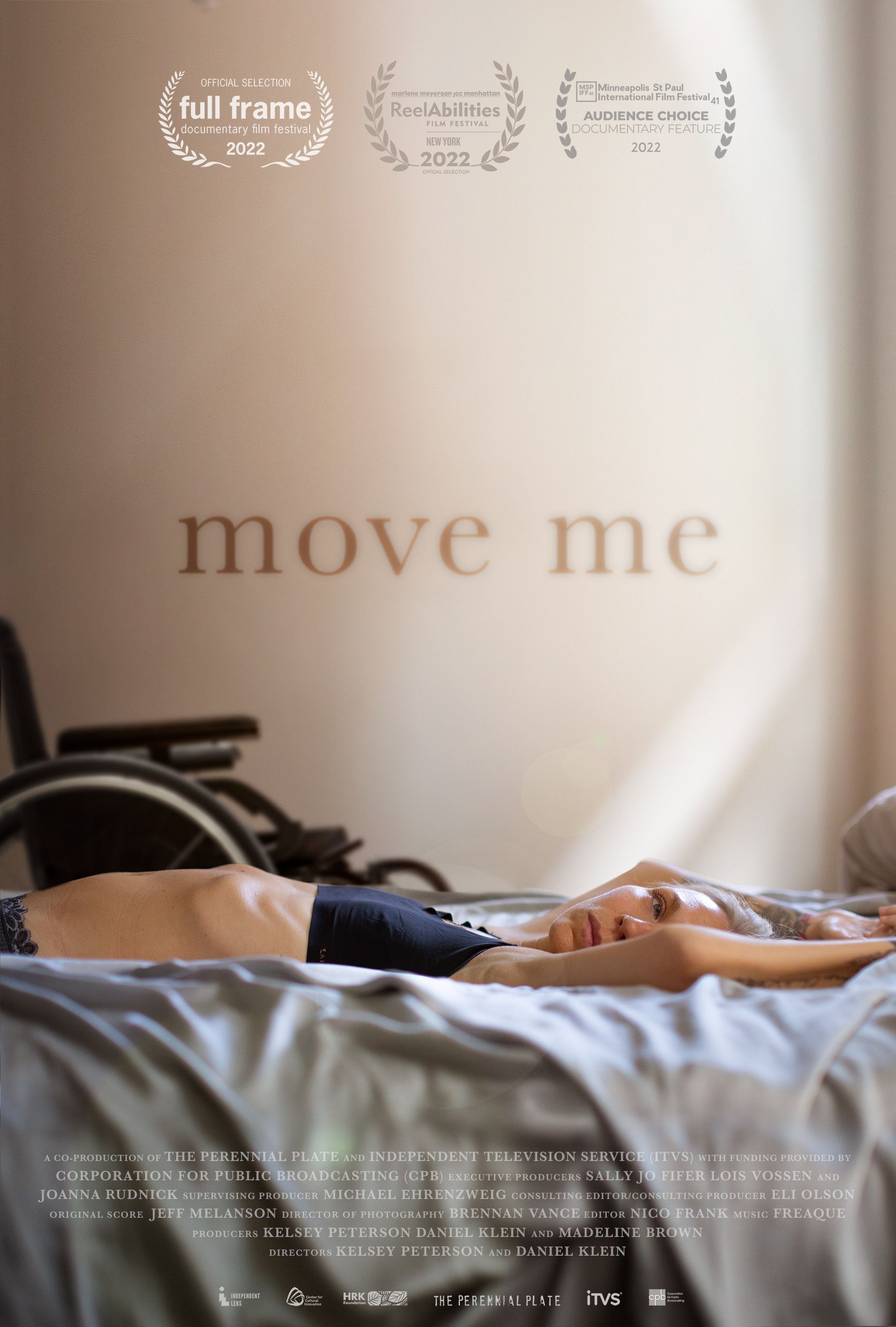 Unite 2 Fight Paralysis is pleased to present a special screening of Move Me, the long-anticipated documentary film from Kelsey Peterson, at our 17th Annual Science and Advocacy Symposium, September 23 and 24 in Salt Lake City, UT (register here).

The feature length film tells Kelsey’s story: shallow water, high-level spinal cord injury, loss and heartbreak, and now, 10 years later, an attempt to balance hope for recovery with acceptance that life with a disability has intrinsic value and meaning.

U2FP has been involved in this film from the beginning. The idea emerged from a discussion between Executive Director Matthew Rodreick and Kelsey, an SCI newbie at that time. The idea was for Kelsey to road-trip around the U.S. with a video camera and a passion to find out what’s going on with SCI cure research. The project was called Cure Map. Kelsey and her camera buddy Madeline Brown logged thousands of miles. I met the Cure Map roadshow in Los Angeles in 2016, and shared some suggestions for simpatico researchers to interview. The ladies were stoked, having a fun time, learning a ton, but to be honest, overwhelmed by the complexity of their endeavor. In 2019, the title was changed to Submerged.

So, a story about cures became the story of the primary cure-seeker learning to love herself again, finding her voice as a disabled woman. Kelsey says it was never the idea to tell her own story, but when the road trip ended, they just didn’t have the goods. “The story wasn’t there,” she told me. “We didn’t know what we were doing, some of the footage was not usable. We knew we had to pivot.”

There is no mention in Move Me of the Cure Map. Kelsey blogged about the evolving project for U2FP in 2021:

I wanted to show the world my/our experience. To speak to you and to them. To show everyone the good, the bad and the ugly. To battle the status quo. To move the dial. To show the many ways we deal with grief, adapting, all of it. To show how challenging living with a disability can be and the dualities of living. To show the importance and complexities of doing the work to truly love oneself. To show my journey back to myself. To show the light and dark side of hope, how we all struggle with it and yet how it lives within us all at varying degrees of comfort or logic.

There’s a part of me that feels like I’m betraying some agreement, or plan, or letting you all down. There have been many battles fought and lessons learned. I’ve been humbled by this process and surrendered (oftentimes not unscathed) to its rules. But I have to have faith that it’s THAT journey and everyone I met, everything I learned, everyone that helped make this happen, that led me to this place — a place that feels more vulnerable, powerful and honest. I feel that sharing this truth is where I can be of highest service, and that feels good...and scary and exciting all at the same time.

Move Me is made to the highest of production standards of public television. It was made possible by Independent Television Service, funded by the Corporation for Public Broadcasting. It is personal (ever see a grown woman catheterize herself?) and cuts to the emotional bone (Kelsey’s dad expresses his anger and disappointment, still after 9 years, for her drinking too much and using bad judgment. “You have to forgive me, dad!”).

The documentary exposes the tedium and pain-in-the-assness of the quad life. It follows three narrative strands to accomplish this: Kelsey’s dad has terminal lung cancer; Kelsey is asked by fellow quad Gabriel Rodreick to help stage a performance called A Cripple’s Dance; Kelsey explores a clinical trial (E-STAND) for spinal cord stimulation. So it’s all there, confronting life and death, rediscovering the supremacy of art, pursuing the potential for recovery.

Kelsey anticipates the tension between wanting a cure and recognizing that it’s not about needing to be fixed.

Sometimes, I get scared sharing my own seemingly dichotomous truth — that while I work daily to embrace my disabled self, I also want restored function. I’m scared that I’ll be judged or misunderstood. Scared that people within the disability community will feel that my point of view in some way threatens theirs. But living within this truth has guided me through both the storytelling process and my own healing journey.

Making this film, weaving hope and acceptance together, gave me more freedom to explore who I am as I continue to adapt and grow. My desire for functional recovery is for me, not for anyone else. Regaining sexual function could add to my quality of life. Hand function could give me more independence. I miss these things that I have lost, and even as my acceptance and self-love deepen, I still feel that loss, and that’s ok.

Move Me has been screened at several film festivals, including the Minneapolis Film festival and ReelAbilities in New York. For those unable to join us in Salt Lake City, the documentary will be aired nationally on PBS November 7.