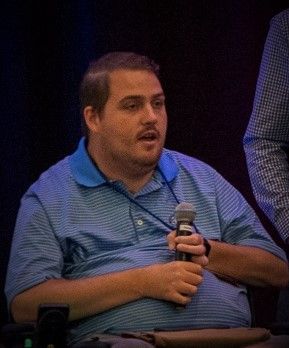 Two research items to report today: The first is a cool study from the Mark Tuszynski lab at the Translational Neuroscience Institute at UC San Diego School of Medicine, including U2FP Scientific Advisory Board member Paul Lu as a co-author. Lead author is Gunnar H. D. Poplawski. Scientists from UCLA and the University of Tennessee also contributed to the work. In a publication called “Injured adult neurons regress to an embryonic transcriptional growth state,” in the top tier journal Nature, the group showed that injured brain cells revert to a genetically immature state and if that state is maintained using certain stem cell grafts, the brain cells can be encouraged to regenerate.

The Tuszynski group showed several years ago that stem cell grafts powered corticospinal axons to regenerate and restore forelimb function after spinal cord injury. They wanted to know why this was – the new cells clearly did not replace corticospinal nerves; the transplants seemed to nurture the injured cells. Now, says Tuszynski, at least in this new mouse study, it’s making more sense.

From a UCSD press release: “Using the incredible tools of modern neuroscience, molecular genetics, virology and computational power, we were able for the first time to identify how the entire set of genes in an adult brain cell resets itself in order to regenerate. This gives us fundamental insight into how, at a transcriptional level, regeneration happens,” said Tuszynski.

They were surprised to find this set of primitive genetic blueprints in injured nerve cells, which they call a “regenerative transcriptase.” The genetic codes are similar in many ways to those present in embryonic development, used to form the nervous system at birth. But this transcriptome doesn’t stick around more than a couple of weeks and no regeneration is forthcoming – unless the genetic codes are supported in a permissive environment. That’s what the grafts of neural precursor cells (a type of stem cell) do: they are required to promote repair.

Says Tuszynski, the idea that damaged nerve cells rewind themselves toward a less mature genetic state is “downright shocking.”

The Tuszynski study produced a second surprise: of the essential genetic pathways required for growth and repair involves a gene called Huntingtin (Htt). This is the gene that if mutated can cause Huntington’s disease, characterized by the progressive breakdown of nerve cells in the brain.

Tuszynski’s team found that the restorative transcriptome for corticospinal neurons (vital for major motor activity such as walking) depends greatly on the Htt gene. From the Nature paper: “Htt arose in our analysis as an unexpected and potentially key regulatory hub in axonal regeneration.” Taking away the gene (using mice genetically engineered to lack the Htt gene) significantly reduced spinal cord sprouting and regeneration.

“While a lot of work has been done on trying to understand why Huntingtin mutations cause disease, far less is understood about the normal role of Huntingtin,” Tuszynski said. “Our work shows that Huntingtin is essential for promoting repair of brain neurons. Thus, mutations in this gene would be predicted to result in a loss of the adult neuron to repair itself. This, in turn, might result in the slow neuronal degeneration that results in Huntington’s disease.”

Said Paul Lu: “This study not only identifies the mechanism by which corticospinal regeneration can occur, but also points out a direction to manipulate these regenerated genes to further enhance spinal cord regeneration.”

Spinal cord injury hypothesis: If we know the specific ingredients needed for regeneration, perhaps we can find the right cell or right biochemical cocktail to drive regeneration and recovery. There are many parts to the transcriptome and many variations and combinations of hundreds of genes have yet to be fully characterized. This study sets forth a regenerative roadmap.

Applicable to chronic SCI? Maybe. Says first author Poplawski, “Our data show that the injury/regenerative signal is mostly silenced at three weeks post injury. But we have not looked at chronic timepoints, so the transcriptomic signature could change over time.”

Certainly it’s open to speculation that rebooting the genetic machinery could be done effectively in a long-term injury situation. (For a lucid and very hopeful overview of gene therapy in chronic SCI, be sure to listen to the CureCast interview with scientist Murray Blackmore.) The procedures in the UCSD paper were done a week after a complete spinal cord transection.

The next new study stars Ian Burkhart, C5 ASIA-A complete injury and a chip implanted in his brain. Ian is close to the U2FP family, active in his home state of Ohio in our Cure Advocacy Network, raising $3 million in state funds to support SCI research.

Ian has been working with researchers at Ohio State for six years, showing that he can use his thoughts to control an arm prosthesis. This is the guy with no hand or arm function who could play Guitar Hero when his brain chip was activated. Now, a new study reports that Ian can “feel” or sense by touch in his paralyzed arm.

You probably heard about this, it got a lot of traction in the media, including over the top headlines like "Brain implant breakthrough may reverse paralysis" in the New York Post. Wired had a good piece about the work.

Here’s the press release from the engineering group Battelle, a nonprofit research organization running the experiments.

Basically, Ian trained himself to feel objects by transferring the sensory input (via vibrations) to a part of his body he could actually feel – in his case, his upper arm.

Pretty cool. Ian is first to recognize that not everyone with paralysis is cozy with a brain implant. He’s glad to be of experimental service.

“My goal is to get this into the hands of other people with paralysis and see how far we can push the technology,” says Ian. “The biggest thing that’s motivated me is this hope for the future.”