Will Cures come to Colorado? 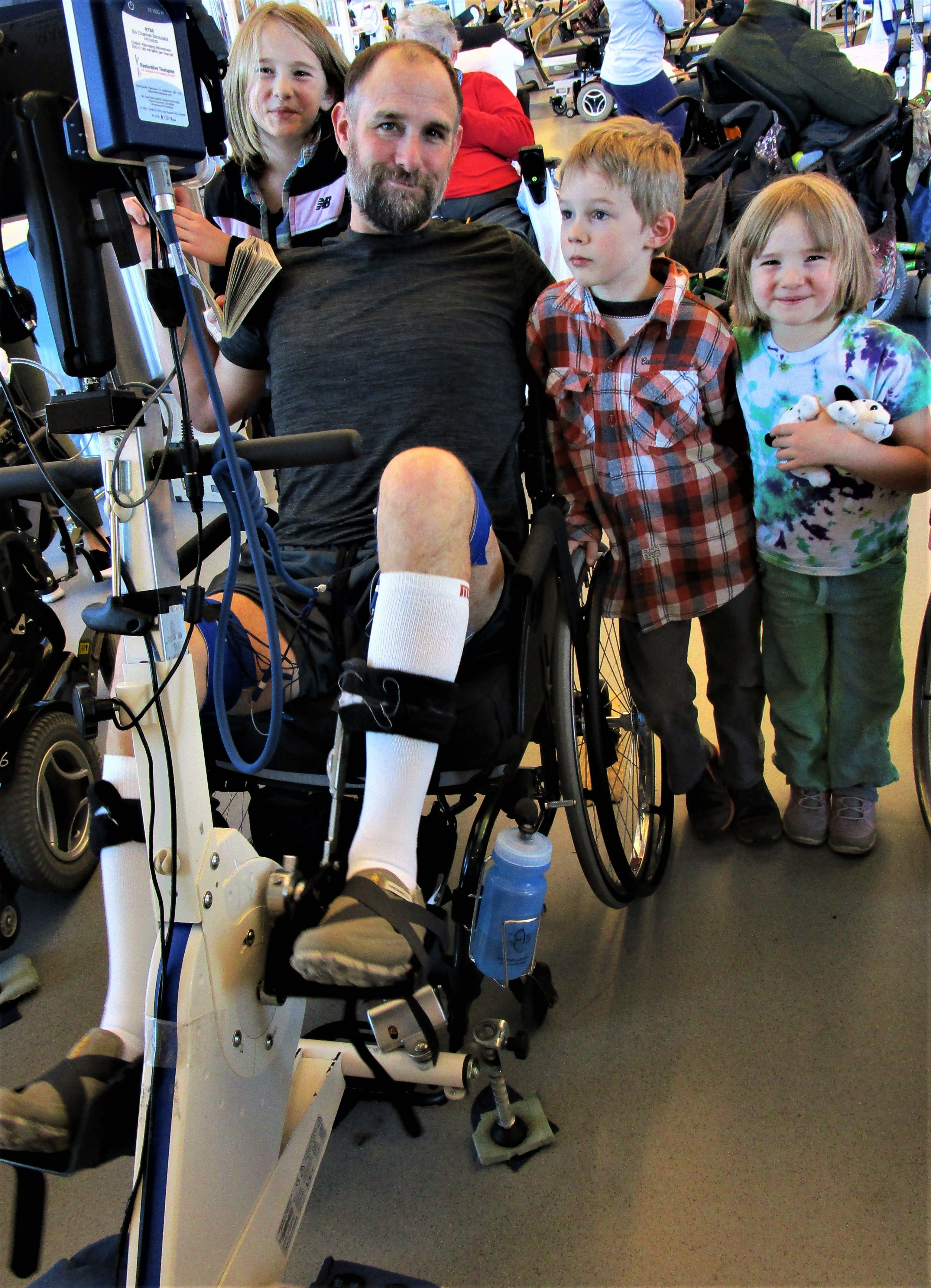 In December of 2017, I took an unexpected trip to Denver, Colorado.  One month prior, I had the vehicle accident that landed me in the SCI Community, and I was still in inpatient medical care.

Taking the advice of my Physiologist, I flew to Denver to attend Craig Hospital for rehabilitation. My first experiences with learning how to live with spinal cord injury became deeply connected with Colorado. I attended a monthly science meeting that educated us on the most current research and the trajectory of a fix. It was at that monthly science meeting that I heard this statement: “Everyone recovers some, but no one recovers fully.”

That statement kept echoing in my head.  There had to be something.

I found U2FP shortly after being discharged from rehab. I got involved, and recently joined their staff. And today, I’m advocating to bring spinal cord injury research dollars to the very state that became synonymous with SCI for me.  When I reflect on all of this, it’s a little surreal.

I want to tell you how that work is going.

U2FP’s Cure Advocacy Network (CAN) is a legislative mechanism used to fund and advise for cures. The CAN is built on the shoulders of previous state initiatives, providing predictable, stable funding for SCI research.

At U2FP’s Annual Science & Advocacy Symposium, I learned that CAN advocates had passed laws in Minnesota, Ohio, Pennsylvania and Wisconsin. Now I’m witnessing for myself the effort to replicate those successes in Wisconsin, Colorado and Texas. (You can read about our progress in Wisconsin and Texas from my colleague Jake Beckstrom, here)

The basic recipe for CAN is this:

I joined up with CAN in January and that’s when the legislative meetings began for me. But the Colorado team had been hard at work for months prior, accomplishing steps 1 and 2 of the above recipe. Now we were trying to find our champion.

We set up video calls with these legislators. The calls are really just a political version of speed dating (i.e. ‘I like you. Do you like me?’) We are trying to sell the idea of cures and to highlight how under-represented the SCI community is with regard to research dollars.

We tell our stories, present the problems, and offer our solution. It is truly a bipartisan issue. Most legislators are sympathetic to our cause, but this becomes problematic because no one will just give a hard “no.”  With a hard “no,” you can move on and try courting someone else.

My first meeting was with a Legislative Aide, or LA. These folks work directly with the State Senators or Representatives and are very influential. This was only one of several meetings with the office of this specific legislator, and things looked very promising. And then, a lingering silence.

These silences are easy to ignore because everyone is busy, including us. We are currently working on new bills in two other states, and were scrambling to save our SCI funding in Minnesota.

Colorado was off our radar for a moment. When we reached out again, the reply was, “We can’t do it.  We’ve reached our bill limit.”  In Colorado, each legislator is allowed to introduce 5 bills. Now what? The legislative sessions are short windows, and we’d burned up a lot of time.

Then someone said, “Hey, what about the Senator that Jon Krakauer wrote to on our behalf?” Yes, Jon Krakauer the author. That’s a fringe benefit of having Quinn Brett in our corner; a well-connected, record setting climber.

We did talk to that Senator and several other legislators over the next couple of weeks. They all had interest in the bill and offered great advice. It was like playing some sort of epic video game where you gain some special weapon, power or insight with each encounter, which helps you get to the next level.

Little bits of information feed into the whole picture. We learned about:

Across the board, though, all our conversations ended with the same question: “Have you talked to David? People listen to what he has to say.”

David is freshman Representative David Ortiz, an Army Blackhawk pilot who was injured in a crash overseas; he’s a paraplegic. We had hesitated to approach him about the bill. Would it seem self-serving? Would it seem audacious for a freshman Congressman? Quinn reached out and we got a meeting scheduled.

We made our presentation to Rep. Ortiz, and he responded: “I love it, and I’d be honored to head this up.” I sat there blinking, just letting that sink in. “We got a yes,” I thought! “So this is how this works? We actually made progress?!”

The meeting was better than anything we could have expected. This May we will begin consolidating stakeholders: researchers, clinicians, universities, hospitals, The Veteran’s Administration, and many others, to become one voice.

The bill will need to be drafted and presented. It will need to pass through the appropriate committees and get a final vote in the House. Then that whole process will need to be mirrored again in the Senate. If it passes both chambers, it will require the Governor’s approval.

This is hard work, but has been very educational for me. There have been plot twists, interesting characters, and highs and lows.

Now, I encourage you to become part of the story. If you live in Colorado (or any of the other states we’re working in) please join this movement! Come learn about the legislative process, talk to some lawmakers and tell your story.

Finally, if you are able to, please donate! This is slow, relentless work that takes lots of staff time. But the payoff is worth it. We’ve already added almost $20M to smart, targeted research in other states. Help us keep growing!