Stupp on the CureCast: His Nano Scaffolds Restore Function 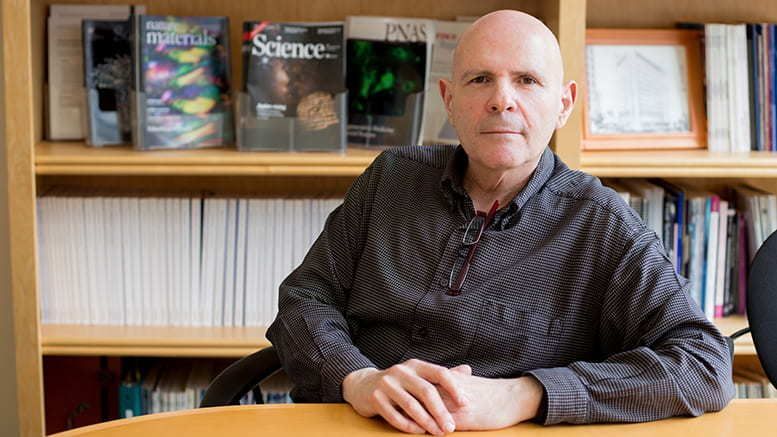 The latest episode of U2FP’s CureCast podcast is out today, March 4. It’s not to be missed. Matthew and Jason interview Samuel Stupp, the Northwestern University scientist whose study of a nanotech polymer lit up the news media a couple of months back – one injection of a seeded, liquid plastic scaffold restored function in paralyzed mice after just four weeks.

This was indeed a huge story in the SCI world. Although Stupp has been working on these sorts of polymers for 30 years and nanomedicine is not a novel idea, this research seemed to come out of nowhere in the SCI realm.

Of course nobody can know how or whether this will work in people, especially people with chronic spinal cord dysfunction, but clearly the notion of liquid nano scaffolds able to deliver therapies where they’re needed, it simply hijacks the imagination.

U2FP contributing writer Alina Garbuzov, a postdoctoral researcher at the University of California/San Diego, covered it for us here. Said Alina, “It’s rare that a piece of research lives up to the hype that a university press machine is drumming up. But I must admit, the work published by the Samuel Stupp lab (Alvarez et al., 2021) in Science last November, does appear promising.”

To refresh your recall, here’s a three-minute video from Northwestern describing the study.

Stupp’s supramolecular polymer can be put in a syringe and injected. This nano soup assembles itself into a tubular matrix, which includes bioactive signals that can be chemically tuned to activate the muted or damaged biology of the cord.

The injected polymer becomes a gel, in effect, a miniature, biodegradable, therapeutic scaffold. In this case, two biological signals were delivered — one for laminin, which helps differentiate stem cells into neurons and promotes axon growth, and one for fibroblast growth factor 2, which activates a receptor to promote cell proliferation and survival.

Once the regenerative cargo is offloaded, the polymer is absorbed in the body with no apparent side effects.

Keep in mind, this is an animal experiment in an acute injury model. Still, it was enough for Stupp to state his intention to move this treatment to human trials ASAP. “We are going straight to the FDA to start the process of getting this new therapy approved for use in human patients, who currently have very few treatment options.”

So enjoy the CureCast and keep your curiosity sharp and your expectations in check. But imagine a future where this kind of therapy delivery, a combination of chemistry, materials science, bioengineering, and medicine could heal bones, mend hearts, regenerate nerves, or improve the immune system to fight cancer. This is pioneering science with a huge upside; there is much work to do, much to learn. But it foretells a wonderful new era of therapy development just around the corner.

Herewith I note a correction to Alina’s reporting last December. The Stupp lab noted this:

Dr. Garbuzov referenced the difference in spinal cord lesion sizes in mice versus humans a couple of times, indicating that is a barrier to efficacy in humans. She said the gap in mice is 2 nm but it is actually 2 mm, which is a huge difference and would significantly change her calculation that the size of the gap is 10 million times longer in humans.

The last paragraph suggests the researchers only looked at motor recovery, but they also quantified 5HT-serotoninergic neurons (sensory tracts) histologically. This was mentioned briefly in the main text, but the figure was in the supplementary info, so perhaps she missed it.