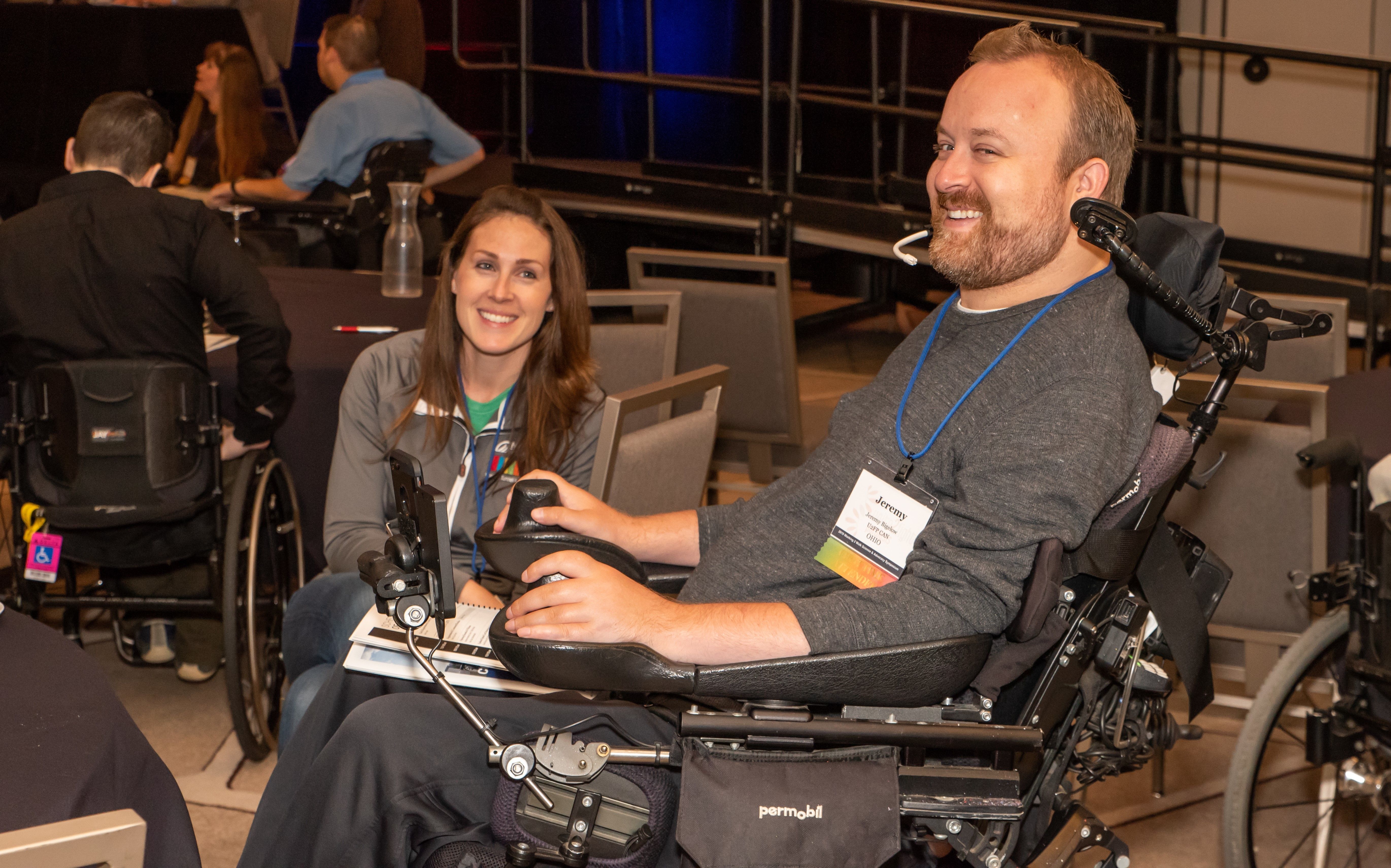 This post is the fourth in a series of articles with background and context for U2FP’s Annual Science and Advocacy Symposium. In case you missed it, we recently made the decision to transition our Symposium to a fully virtual event. This three-day livestreamed conference is all about repairing the injured spinal cord to restore function.

Save the dates: this year’s Symposium is October 21 to 23. You can view the current agenda here, or our speaker lineup here. Then go register online here.

U2FP’s Annual Symposium invites you to participate alongside other people in the SCI world, including scientists, doctors, funding agencies, biotech people, etc. Those living with the injury, and their families, are a key part of the program; your story is important, please share it, and let everyone hear your priorities.

Now we are going to take a dive into a more specific area of SCI research: the neurobiology of sexual function. Not baby making. Pleasure.

The choice to focus specifically on sexuality research follows a series of CureCast episodes with U2FP Executive Director Matthew Rodreick and co-host Jason Stoffer with their guests Kelsey Peterson, Quinn Brett, and Thomas Cloyd. Jason, Kelsey, Quinn and Thomas get personal and explicit about their experiences with sex after injury, their partners, perceptions, and feelings. The science part is being explored with a full interview with distinguished sex scientist Barry R. Komisaruk. Keep an eye for that episode to drop later this month. Check out the series here.

So, meet three scientists whose work in the SCI realm involves ejaculation and orgasm.

The aforementioned Barry R. Komisaruk is a professor of psychology at Rutgers. I first heard about him 15 years ago in a non-medical publication (Wired) about reengineering female orgasm. Komisaruk described work that induced orgasm in quadriplegic women.

Komisaruk bases a lot of his work on brain imaging, showing that in women, a sensory pathway connects the vagina directly to the brain via the vagus nerve, completely bypassing the spinal cord. He’s shown that women with complete SCI at T10 or above can feel vaginal and cervical self-stimulation. In a study of five women who had their vagus nerve activated by electrical stimulation, three reported experiencing orgasms. Said Komisaruk: “It was very emotional. Some of the women cried. It was a surprise to me and them because their doctors had told them after their injury that their sex life is over; they wouldn’t be able to feel genital sensations.”

What about men and the vagus nerve? The case isn’t as strong as it is for women. Komisaruk thinks there could be a prostate-to-brain connection via the vagus nerve, but it needs more study. Meanwhile, he says he will present evidence that men and women, with and without complete SCI, can experience orgasms from stimulation of non-genital regions of the body.

Komisaruk’s latest research uses biofeedback to map out sensation activated during pleasure, specifically during sexual response. He wants to know if biofeedback (seeing images of one’s own real time brain activity measured by fMRI) can help people reduce pain and intensify their pleasure.

Marcalee Alexander is a PM&R physician and educator who has researched sexuality and SCI, including arousal and orgasm. Her Symposium presentation is called “Everlasting Love and Sexual Sustainability after SCI: The Need for Compassion!”

Of course, sexuality can be complicated before injury (one’s experience, or orientation, or cultural or religious pressures, etc.) but injury can redefine the notion of a sex life. Also, unfortunately, many SCI clinicians are uncomfortable talking about sex, and may do their patients a disservice with less than optimistic views — sex is dead, forget about a family, etc.

Alexander urges clinicians to be nonjudgmental and open to discussing sexual concerns, to pay close attention to all the issues that impact sexuality, followed by a detailed neurologic assessment.

According to Alexander’s published work, about half of sexually active men and women report orgasmic ability after SCI, depending on level and severity of injury. A key element of Alexander’s approach is an empathetic, holistic assessment – what are the nuances of one’s situation and background that can be modified toward a sustainable sex life.

Her talk will review the specific levels of SCI on arousal and orgasm and how other medical concerns can affect sexual response. Alexander will also talk about the need for greater focus on sexual orientation, cultural issues, sexually transmitted diseases, and the need to make sure people with SCI have access to treatment for sexual concerns.

Lique Coolen is a biology professor at Kent State University and has for many years been focused on male ejaculation.

In 2002 Coolen’s lab discovered what is called the spinal ejaculation generator. This is the population of cells in the lower spinal cord that regulate ejaculation via release of several neuropeptides after sensory stimulation of the penile nerve.

Generator + chemical mechanism? Could this be an on/off switch for ejaculation? Yes, that’s the hypothesis. Coolen’s studies in rats demonstrated that injury does indeed reduce the specific peptides, but that reinfusion of these molecules triggers an ejaculation reflex. This, says Coolen, “suggests that some neuropeptides may be a potential therapeutic target for sexual dysfunction following spinal cord injury.”

Sounds promising, but do rats work the same as humans? Coolen says the peptides and generator anatomy are identical across species, suggesting that human response will replicate the animal model.

Ejaculation efficiency is for sure important for sperm quality and fertility — what about pleasure? That’s a big unknown at this point, says Coolen. The pathways to the brain, as Komisaruk showed in women, can be activated, although this appears less likely in males.

Coolen has plenty of leads to follow, she’s got good grant support to move forward, and thinks the best solutions for sexual functional repair may eventually come by way of combination therapies, for example, add the peptide + regeneration + spinal cord stimulation.

Bring your questions and engage in the discussion as we explore this often-neglected area of SCI recovery. Register for U2FP’s Annual Symposium (virtual) and be a part of the movement to cure paralysis.